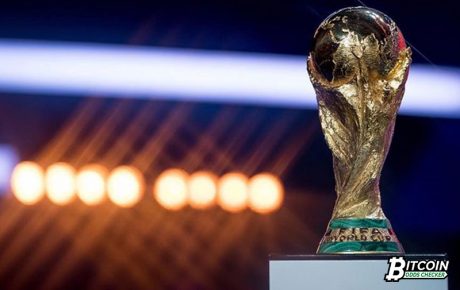 Unpredictable is a word that many will describe the 2018 World Cup. However, as the group stages roundup after curious Group G matches between Poland and Japan, and Colombia and Senegal, the level of competition intensifies even further. More than that, with the absence of 2014 champions Germany after a shocking 2-0 upset match against South Korea, this year will see new champions crowned.

Going back to the knockout stage, one thing you should know about it is that it does not follow an open draw format. Each nation can more or less trace their route from the group stages all the way to the final in Moscow.

The knockout stage matches will be played from Friday, June 30, to Tuesday, July 3. Here’s a list of the group stage winners along with the matches along with their respective dates:

The 1998 champions France is still not firing all its cylinders, rather they seem to have quietly topped their group. Meanwhile, Argentina clung on to dear life after an elimination scare in Group D.

For France, Paul Pogba, Antoine Griezmann, and Kylian Mbappe should step up against Lionel Messi, who only netted his first goal of the tournament in their last game against Nigeria. The Argentine is looking to win his first World Cup and will be building his success after their first win in the tournament. On the other end, France has class players more than capable of making a difference against arguably one of the best players in the world.

There’s one thing these two teams share, and that is a relentless hunger to win. Two class forwards, Cristiano Ronaldo and Luis Suarez will face off and claim a spot in the quarterfinals. More than that, this might be the former’s last chance of winning the prestigious title, so expect him to force a way to the finals.

Fernando Hierro’s team had its early ups and downs, getting a run for their money in a seemingly straightforward group. Meanwhile, the Russians surprised everyone after a spectacular opening match that saw a 5-0 win against Saudi Arabia followed by a 3-0 win against Egypt. Diego Costa and Denis Cheryshev both performed well early on and will try to find the net once again to give glory to their respective nations.

Consistency is what the Croatians are displaying in this World Cup. They have controlled games exceptionally and won all of their three group stage matches. As for Denmark, expect the team to hold back and wait for opportunities to counterattack. The Croatian skipper, Luka Modric, is playing in one of his last World Cups at 32, but he is surely making the most of it after bagging a pair of goals in the group stage. On the other hand, Christian Eriksen leads the way for Denmark and accounted for one of his team’s goals in the group stage.

Brazil’s 2014 campaign revolved around Neymar Jr., who had to sit out a crucial semi-finals match due to an injury. Nonetheless, now with the help of Philippe Coutinho and other world-class players comprising the Brazil squad, Brazil is among the favorites to win the tournament. Simultaneously, the Mexicans are relying on Carlos Vela and Javier “Chicharito” Hernandez to put them ahead of their opponents.

Sweden has been magnificent in the tournament. Team captain Andreas Granqvist has two goals for his country and is a pivotal part of them moving onto the knockout stages after beating Mexico 3-0 to top Group F. For Switzerland, Xherdan Shaqiri made sure that his presence is felt, constantly creating opportunities and staying involved in the action to help his team move further forward in the tournament.

Belgium, another tournament favorite, is back once again to fight for the World Cup championship title. Players Kevin de Bruyne, Romelu Lukaku, and Chelsea midfielder Eden Hazard are expected to lead the team. Opponents Japan have greatly improved but were on the verge of being eliminated if not for Senegal’s extra 2 yellow cards, which was the deciding factor between the two.

Gareth Southgate has been receiving praises left and right after proving that England remains a strong contender in the World Cup. England’s erratic status placed doubt in the minds of fans around the globe, but the team’s current status might just turn the tables around. Looking at Colombia, they seem to be hitting form, but a James Rodriguez at 100% will be plenty of help to the team.