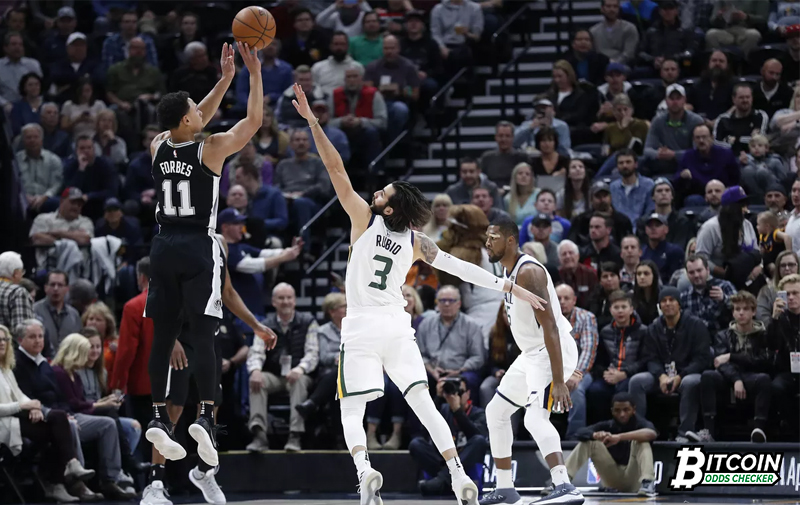 The Utah Jazz is on a 9-game winning streak. The Jazz won 9 of their last 10 games against the Pistons, Raptors, Warriors, Suns, Spurs, Pelicans, Grizzlies, Hornets, and the Trailblazer. Out of those 9 teams, the 6 teams they beat are playoff teams. On top of that, they won against the Warriors by over 30 points on the day of the release of their City Edition jerseys, which was meant to throw a little shade over the Warriors’ remarks last year, during the playoffs, that they don’t like playing in Salt Lake City because “there’s no nightlife in Utah.” So, their win must have proven something here.

No Rubio, No Problem

During their Sunday night road-game beatdown against the Trailblazers, Ricky Rubio did not play due to a hip injury. But, it was Mitchell, Gobert, Ingles, and company who took things into their own hands and put their record standings back up in the .500 range that could help their push to the playoffs. Hence, you might just see a shift in the Bitcoin basketball odds soon.

Ex-Cavalier, Jae Crowder looked like his former self during his playing days in a Celtic uniform. Crowder posted 15 points, 5 rebounds, 3 assists, and was given the assignment to guard the perimeter against McCollum and Lillard, of which he had done well, on his debut in those fire City Edition Jazz jerseys.

Now, the Jazz will try to extend that winning streak against the Spurs, in which, they have done successfully this season. The Spurs have not won against the Jazz this season. Their past two meetings, both had the opportunity to play at home, Utah beat the Spurs by 11 points and 9 points, respectively. Also, Utah is 8-1 SU and 7-2 ATS in their past eight road games. This helped not only their records in the league, but they are now 30-25 ATS with a whopping 16-9 at home and 19-14 when logged as the underdog.

Furthermore, newly-minted starting point guard for the Spurs, Dejounte Murray is questionable for the game tomorrow. And, it’ll be the Jazz’s home court as well. So, San Antonio has to prepare, still without the services of Kawhi Leonard, in the wintery Salt Lake City after losing their last game in the Bay Area, against the Warriors.