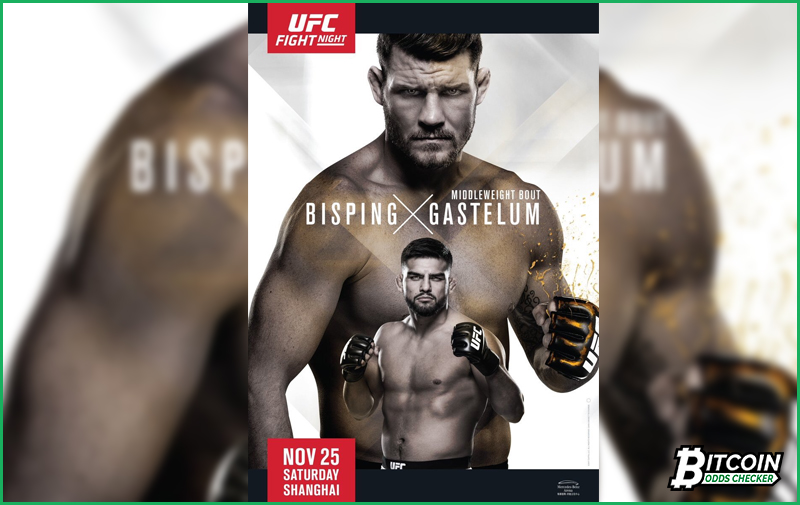 Not even a month after Michael Bisping’s loss to reviving GSP, the English fighter took Anderson Silva’s spot in a bout against Kelvin Gastelum in UFC 122. The UFC Fight Night will take place in Shanghai, China on November 25th.

This was Anderson Silva’s fight against Gastelum. But Silva had reportedly failed a drug test on October 26, causing the UFC to suspend the legend fighter and in effect, pulling him out of the card. After the announcement of the open spot, Bisping stepped up and took the challenge for the event’s main card.

Ironically, back in UFC 212, Silva and Gastelum were supposed to have the bout. But Gastelum tested positive for Carboxy-THC, a drug derivative of marijuana. The World Anti-Doping Agency (WADA) allows the use of the drug only up to 180 ng/ml, and this forced UFC to pull Gastelum out of the event and cancel the match. Maybe Silva and Gastelum are not bound to meet inside the Octagon just yet.

Bisping’s Middleweight Championship defeat is still fresh in his mind and he’ll be looking to bounce back from his loss against the Mexican fighter, Gastelum. Bitcoin sports betting odds logged Bisping as the underdog with +190 odds. The English cager is looking to fight a much younger opponent in Gastelum, who is the odds-on favorite with -240 odds to win the bout.

Make sure to place your Bitcoin sports bets correctly with the aid of these predictions. As analysts stated, both fighters sport different strategies. Bisping strikes his opponent’s multiple times in an attempt to wear them down. Luckily, his footwork has gotten better, opening up more options for offense and defense. Bisping is looking to control the fight using his length and height advantage. But the Mexican fighter will literally fight back at any cost. Gastelum wants to prove himself in the UFC as one of the heavy hitters, but the southpaw had trouble getting wins against the toughest UFC fighters. Don’t be fooled by his size disadvantage, as he overcomes this shortcoming by fighting aggressively with finesse.

Bisping and Gastelum will be sharing the main card of UFC 122 with welterweights, Li Jingliang will go against Zak Ottow. Featherweights Wang Guan and Alex Caceres. Lastly, in the welterweight division, Muslim Salikohv versus Alex Garcia.