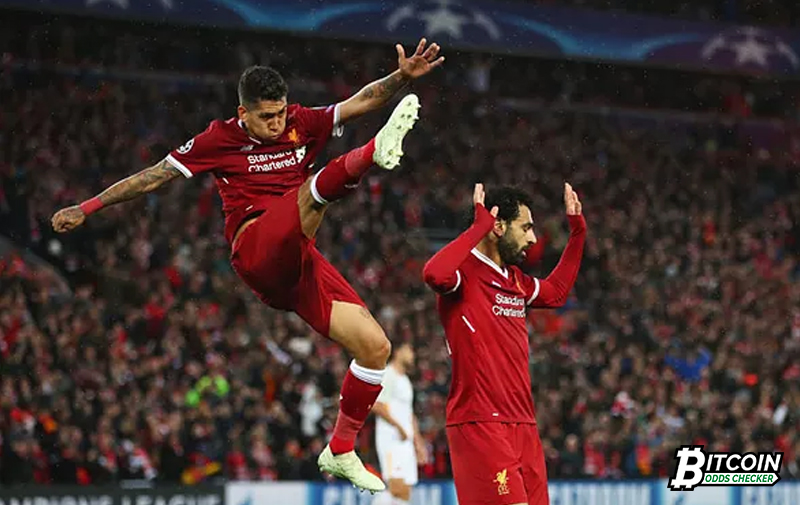 With the first stint done, we are about the see the UEFA Champions League 2018 Semi-Final unfold and give us this year’s finalists. Will Roma surprise us once again and turn the Bitcoin soccer odds table around? And can Bayern Munich hold their act together to overpower a 2-goal lead?

Liverpool is continuously displaying brilliant performance in both the English Premier League and the Champions League. One of the biggest upsets they pulled off was eliminating Manchester City from the latter tournament. With Jurgen Klopp in the middle of the team, it seems that there is no stopping Liverpool from gunning for this year’s UEFA Champions League title. In addition, the Reds the highest scorers in this year’s Champions League, with 44 goals in just 11 games. This alone is enough to impress football fans from around the globe.

The Reds were in control almost the entire time. Up until the 80th minute, Liverpool was up 5-0. Edin Dzeko and Diego Perotti claimed two consolation goals that made the aggregate 5-2. Of course, this was able to lift the spirits of the Italian team up, which they can then bring to their home crowd.

Of course, the spotlight is now on Mohamed Salah. It just keeps getting better for the Egyptian national and continues to find the back of the net. He scored two goals and put two on a plate for teammates Sadio Mane and Roberto Firmino.

Roma recovered from losing 4-1 to La Liga giants Barcelona in the first leg of the quarter-final. But, can Roma rise from the ruins and write another page of football history against the in-form Liverpool?

Surprisingly, Real Madrid steered their Champions League semi-final match against 2012-13 Champions League winners in the right direction. The Spanish club claimed the first leg victory at the Allianz Arena, which head coach Zinedine Zidane claims to be a difficult stadium and crowd to play in front of. However, last year’s champions were able to hold off the attacking Bayern Munich with only 4 shots on target and a relatively soft 39% possession the entire game.

Bayern Munich drew first blood after Joshua Kimmich slotted one in past Navas after being fed by a James Rodrigues through ball.

Marcleveledlled things out before the half-time after smashing a half-volley from the edge of the penalty area. Right after the break, Asensio them capitalized on a Bayern defense error to take the lead 2-1.

The German champions dominated Real Madrid on paper. With over 17 attempts on goal and 61% of the possession, they should’ve pulled away with ease. Bayern must now score no more than 2 goals at the Bernabeu in the next Leg of the semi-final to deny Real a fourth final appearance in five years.