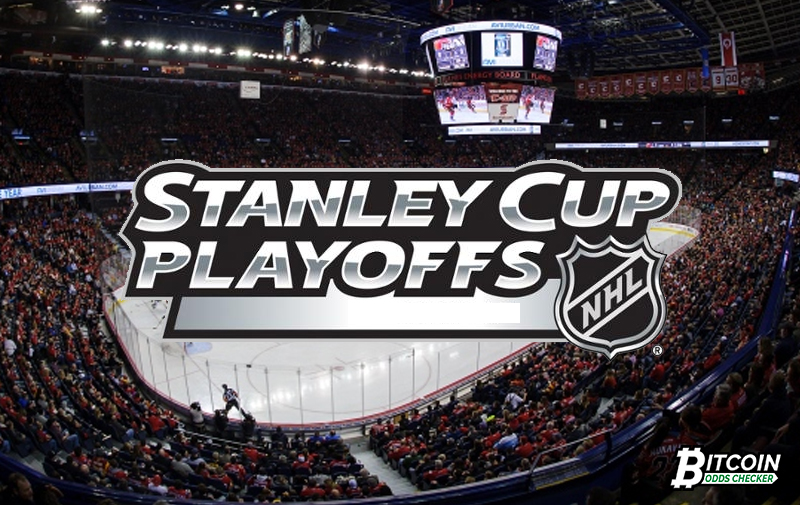 The NHL season is about to culminate. It’s been an exciting year packed with unexpected results. However, one of the biggest surprises of this year is the brand-new expansion team making it to the playoffs, while a dynasty team will sit it out. All of these unpredictable events will surely make up for a one-of-a-kind playoff and interesting Bitcoin ice hockey odds.

The first puck of the 2018 Stanley Cup Playoffs drops on April 11. Matchups are yet to be determined, but you are sure to find action-packed games on the first day. Pay attention to the matchups with your favorite teams as the event draws closer and the regular season is about to come to an end.

The playoffs follow a four seven-game series rounds. Each series features a 2-2-1-1-1 format, which means that home-ice advantage teams will host the first two games, the fifth game, and the final game if need be.

Each conference will have eight teams to qualify for the playoffs. All top three teams in each division get a pass to the playoffs, while the two remaining spots are determined by season point totals.

The biggest surprise of this year’s Stanley Cup Playoffs is the qualification of NHL’s youngest expansion team, the Vegas Golden Knights. Backed with a historic opening season, they surprised many fans and surely turned the Bitcoin odds table. They have secured north of 100 points and currently holds the Pacific Division’s top spot. No one predicted this from happening, which makes this NHL season even more exciting.

On the other hand, the absence of the Chicago Blackhawks in the playoffs is another shocking occurrence. After a poor performance in the first round, Chicago essentially underperformed during the regular season. The Blackhawks will pack their bags early this year as game 82 ends. It is the end of their 8-year dynasty, which witnessed three Stanley Cup victories, and this is an example of how unpredictable the NHL can be at times.

It can be difficult to make a pick considering the number of unexpected teams making it to the playoffs. But you are sure that teams like the Tampa Bay Lightning and Stanley Cup rookies, Vegas Golden Knights to put up a fight against other NHL giants. This year’s NHL betting is sure to test your betting skills. Therefore, be sure to apply the best Bitcoin sports betting tips we have for you for better chances of making the right pick.