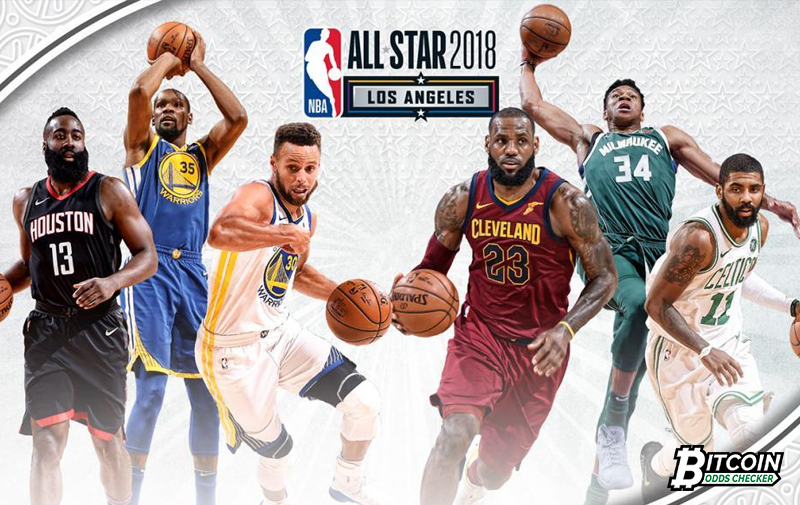 The NBA All-Star Weekend is upon us again. With the revamped All-Star game format where LeBron James and Stephen Curry are the team captains, along with their own drafted players, there is still no certainty that it will be an entertaining game similar to the years before. The only sure thing is that it is refreshing to see the players on the court with no conference dictating which players should be on a team.

The All-Star Saturday Night contests are events you should be on the lookout for. Last year’s 3-point contest winner, Eric Gordon, will participate in this year’s contest, along with hot shooters, Klay Thompson, Paul George, and more. That’s not the only contest though. There’s still the Slam Dunk contest, with the likes of Donovan Mitchell and Larry Nance Jr. who are set to showcase their highlight dunks. Lastly, the Skills Challenge comprises of tall and small players in this year’s contest.

Without further ado, here are the odds for the said contests, where you can place Bitcoin sports bets at NitrogenSports.

Klay Thompson, half of the Splash Brothers, is the favorite with +175 odds. Eric Gordon, the reigning champion, is at second place with +450 odds, Paul George with +500 odds, Bradley Beal and Devin Booker are tied with +600 odds, Kyle Lowry with +1,000 odds, and Tobias Harris and Wayne Ellington are tied with +1,200 odds.

If you’re looking for a good profit, Wayne Ellington, even though placed at the bottom of the pack, can upset the top shooters in the league. The Miami guard is shooting 39 percent from the 3-point line this season and hit clutch shots from the arc that his team needed.

Nitrogen’s Bitcoin basketball odds transcends across the heated events, which includes the world-famous Slam Dunk Contest. Rookies Dennis Smith Jr. and Donovan Mitchell are tied with +200 odds and the favorites to win the dunking contest. While MIP candidate, Victor Oladipo, rejuvenated after getting traded to the Pacers now boasts +300 odds and now-Cavalier, Larry Nance Jr. with +400 odds.

Sophomore guard for the Nuggets, Jamal Murray, leads the group and is the favorite with +300 odds. Continuing with the players, Buddy Hield with +350 odds, Lauri Markkanen and Lou Williams are tied with +500 odds, Al Horford and Spencer Dinwiddie are tied with +600 odds, Joel Embiid with +1,000 odds, and Andre Drummond with +1,600 odds.

With the All-Star break coming in, this 3-day event will be the last time you’ll have the opportunity to place unique and exciting NBA bets until the league resumes its games on February 22. So, make sure to take full advantage of this event. You never know, you might just haul in more winnings after the All-Star game.