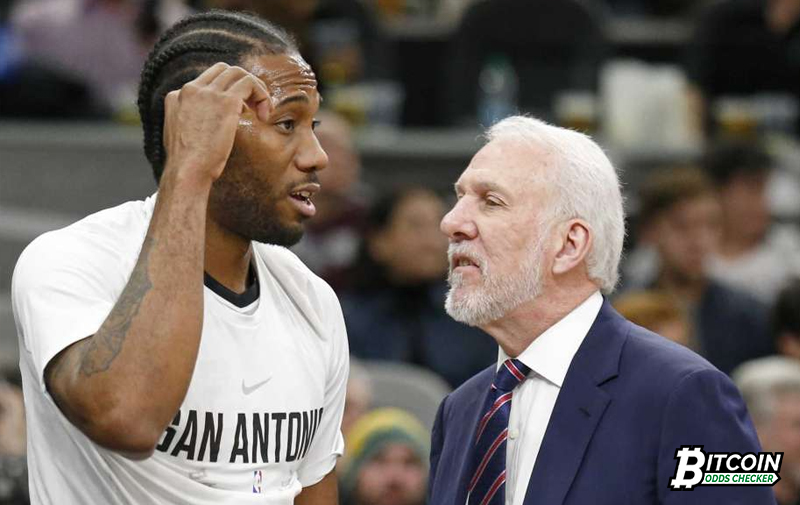 The San Antonio Spurs are currently surviving the season without the services of Kawhi Leonard. They have consistently placed  3rd in the West, with a 36-26 record, while playing a roster of a revived LaMarcus Aldridge and key bench players. This season, they have been plagued with injuries. There was even a time when they lost offseason acquisition, Rudy Gay, having the need to play a game with a 10-man roster. It has been a tumultuous time for the Spurs.

Meanwhile, Kawhi Leonard has only played 9 games. Reports of him and the Spurs having a strained relationship talks of the star player leaving the organization surfaced all of a sudden. Leonard is still undergoing rehabilitation for his quadriceps the injury that kept him out of action. Leonard can opt out of his contract at the end of next season, and here’s where the Spurs’ crisis comes in.

The recent seasons taught us that there are no guarantees in free agency. LeBron James left different teams twice, Kevin Durant chased a championship and left OKC, and many players have done this as well. Tim Duncan was literally a step away from leaving the Spurs to sign with Orlando back in 2000. Who knows what Kawhi Leonard is headed next season?

The loss of Kawhi this season has given  LaMarcus Aldridge the opportunity to unleash his former self when he played as a Trailblazer. LMA averaged 35 points per game wearing a Portland jersey and was voted as an all-star in multiple seasons. Last season, Aldridge struggled, leading him to have a conversation with Popovich where he demanded a trade. But both the coach and LaMarcus ended up with an agreement where the 32-year old player signed a contract extension with the Spurs. It ended up being a good thing for LMA as he currently puts up huge numbers and is the focus of the Spurs offense. He even played with LeBron as part of the all-star team again.

Betting On The Spurs

With less than 25 games to go for the San Antonio Spurs, Leonard was announced that he will suit up anytime this March. How will this change the Bitcoin basketball odds for the Spurs? If Kawhi remains healthy and avoids struggles in returning to play, the ceiling is high for the Spurs. Otherwise, an early playoff exit is expected.