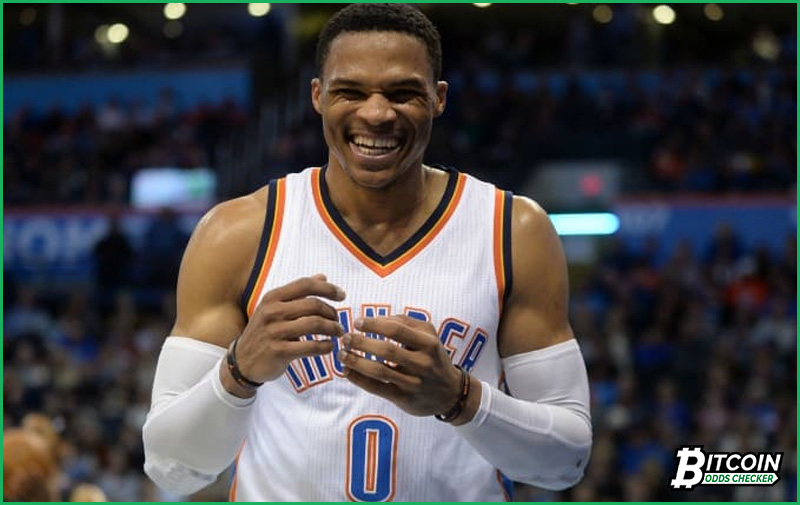 The reigning MVP of the National Basketball Association (NBA) Russell Westbrook, took the league by storm after signing a record-breaking contract extension worth $205 million for five-years. Will this potentially bring OKC Bitcoin betting fans a treat this coming NBA season?

Even if it’s the offseason for the league, basketball did not stop. With the many trades and free agent signings, it was as if the NBA did not take a break–and it has not stopped just yet. Westbrook’s contract is definitely the richest in NBA history. Even though James Harden was the first to be signed the new Designated Player Veteran Extension (DPVE) with a four-year $170 million contract. Stephen Curry’s supermax $201 million contracts were signed as a free agent. The DPVE is a new collective bargaining agreement (CBA). In simple terms, it encourages players to stay with their current team. Nonetheless, there are certain criteria that need to be met in order to qualify. Also, the new CBA protects smaller markets or teams with this ability.

Why The Delay, Russ?

Although, further reports said that Thunder’s management has put the offer on the table back in July and Westbrook only signed the contract in late September. But Westbrook deflated the delayed signing issue by saying he was busy the whole offseason. “I had a baby. So I’ve been working on a little fatherhood. But like I said before man, this is the place I want to be. I love being here. I’m excited about the season.” He cleared to reporters during the NBA media day.

Additionally, Westbrook also did not get only busy with his newborn baby but also with signing a 10-year deal with the shoe company, Jordan Brand, to become the face of the brand. Westbrook definitely got his money’s worth after winning the MVP last season and becoming one of the iconic figures of Oklahoma City.

Fortunately, for the Thunders, this lucrative deal took away their anxiety. Due to Westbrook’s contract nearing expiry, they could have lost him to free agency similar to what happened to Kevin Durant last season. Oklahoma can rest peacefully now that have their star, and two additional stars in Carmelo Anthony and Paul George.

Similarly, if you’re thinking about placing Bitcoin bets on OKC just as the NBA season is nearing, you can relax too. Now that Westbrook is locked up with OKC, you can confidently place the perfect bets on favorable NBA odds during the Thunder’s games.