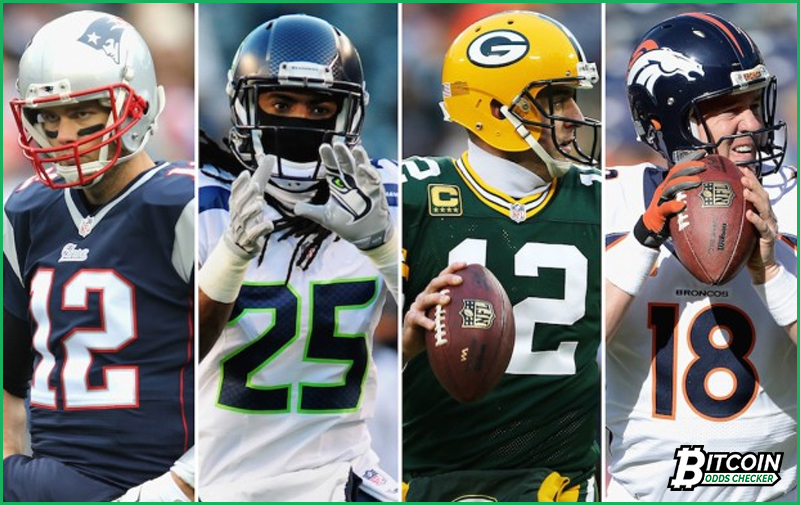 We are now four games away from the Conference Championship and down to the last eight teams fighting to reign as this season’s NFL champion. Before getting to the divisional round match Bitcoin American Football odds, we have listed the eight teams’ futures odds to win the Super Bowl LII entering the divisional round:

New England Patriots remains the top favorite to win this season with +200 odds, the Minnesota Vikings are second in line to win with +375 odds, then the Pittsburgh Steelers with +500 odds to win, the New Orleans Saints are close behind with +550, the Atlanta Falcons with +700 odds, the Philadelphia Eagles with +1,400 odds, the Jacksonville Jaguars with +1,800 odds, and lastly, the Tennessee Titans with +5,000 odds.

You can place Bitcoin sports bets on NFL Futures with these odds in mind. Although, you can also place wagers on these matches as we go over the odds and predictions of each divisional round match.

The divisional rounds will open as these two AFC teams go head-to-head. The Steelers are the favorites to win this match with -329 or 1.304 odds. The Jaguars are the underdogs with +284 or 3.842 odds to win against Pittsburgh. You can bet on point spreads and over/under totals for this match too. NitrogenSports offers +/-7.5 point spread market line, and the over/under market line is 41 total points scored for both teams.

Atlanta won over the Philadelphia as underdogs in the Wild Card round. And now, the Falcons will need to fly through the Eagles to advance to the Conference Finals. They are the favorites to win this match with -146 or 1.686 odds. Philadelphia is the match underdog with +131 or 2.305 odds. You can place bets on other NitrogenSports market line offers instead. This includes a +/-2.5 point spread and an over/under 41.5 total scores market line.

This is one of the marquee matches in this divisional round. This is a rematch of the Week 1 game that ended with the Vikings taking home the win. And based on the odds, the Vikings are still the favorites to win with -197 or 1.507 odds. Although, if New Orleans can get past Minnesota, they provide a good value in terms of odds, as they become the favorites to win the NFC round. The Saints have +175 or 2.754 odds to win against the Vikings. Moving along to other market lines, this game is predicted to be a close one with a +/- 4.5 point spread. The scoring is expected to be high with an over/under of 45 total scores.

These are the final four games you can place a range of the Bitcoin sports bet types on until we move on the Conference Championships. Which teams do you think will move on to the big stage?