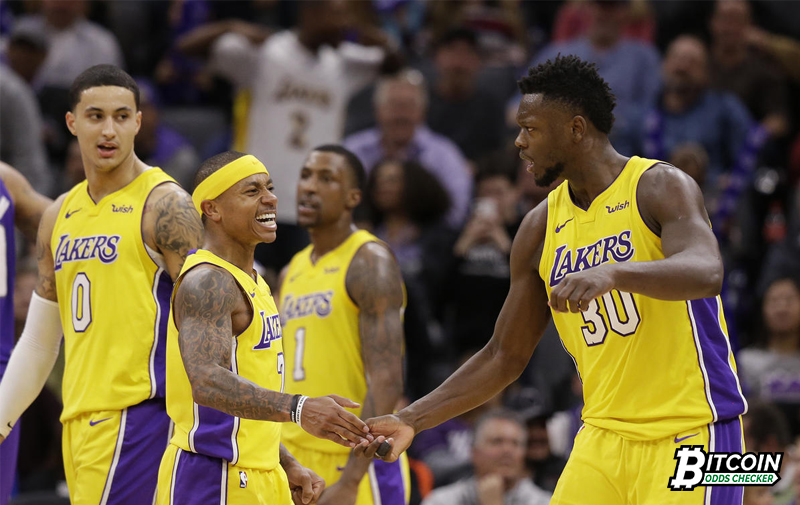 The Los Angeles Lakers are in a void. After 62 games, with a 28-34 record, the Lakers aren’t in the tank race after trading away their first-round pick next season. They are also out of the playoff race as they are seven games behind for the 8th seed in the West. In hindsight, with less than 20 games to go, they aren’t playing for anything anymore. With that, the team does not lose much as well. Let’s find out what the Lakers are going for or not going for in the remainder of the season and their Bitcoin sportsbook fortune.

The Lakers grabbed exiled Isaiah Thomas in exchange for Jordan Clarkson and Larry Nance Jr, among trade pieces. But it is likely that Thomas won’t be in a Lakers jersey by next season as he only holds a one-year contract. Albeit, his disheartening performance in the Cavs may be blamed as struggled a hip injury as of the time. In the long run, it was enough for Cleveland to decide things weren’t working out with Thomas. Meanwhile, six games in as a Laker, Thomas has a chance to restore his value while sharing the position with Lonzo Ball.

Lonzo And The Lakers’ Future

We now place the spotlight on Lonzo Ball–the slated future player of the Los Angeles Lakers. The eldest son of Lavar Ball has missed 15 straight games before playing against Dallas, on a playing time restriction. All in all, Ball missed 21 games this season and continues to fight playing difficulties. In some sense, Lonzo is a good passer where he makes the most contribution for his team. The second overall pick is not even 21-years old and the future remains for the Lakers.

Betting On The Los Angeles Lakers

Nonetheless, if the Lakers are in a limbo at the end of the season, they are still a good team to bet on the NBA and can offer profitable Bitcoin sports betting odds. The Purple and Gold are 35-27 overall ATS and are currently on a 6-game winning streak. Betting on the Lakers on a home game has good traction as they are 17-12 when playing at the Staples Center. Adding to that, once logged as favorites, they hold a 9-4 ATS.

All in all, the darling team of the NBA may leave us with questions and doubt today. But the team is a good option for betting, where they provide good Bitcoin basketball odds and streaks.