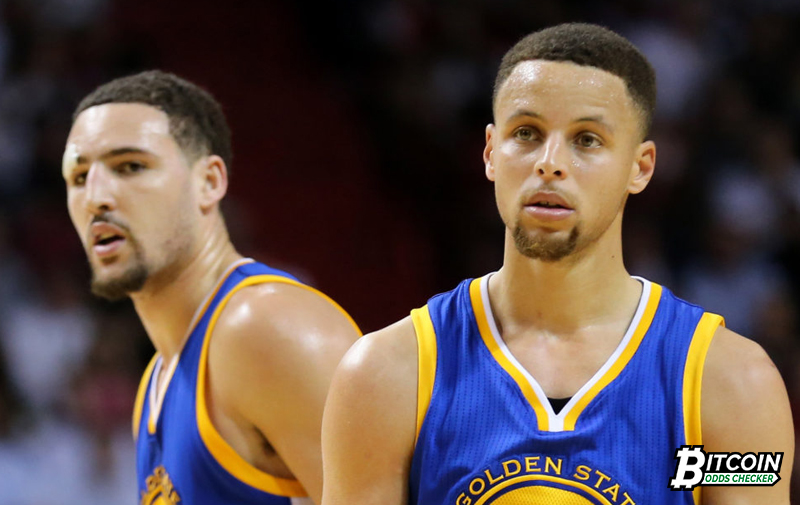 The mammoth Golden State Warriors look banged up as the end of the regular season inches closer. In the past four years, they enter the playoffs as the top team of the Western Conference, let alone packing profitable Bitcoin basketball odds. Now, they’re on par to enter the playoffs as the second spot holder in the West. As of this writing, they’re on track for their “worst” record with Steve Kerr as their head coach at 51-16. This might be the season where the up-and-coming Houston Rockets unseat the Warriors and claim the first spot in the West.

What Do They Have To Lose?

The Warriors may have been cruising this season and are just anxious for the playoffs to begin, where the action and the higher level of basketball actually start. Ending the regular season at the number two spot is no bad news, especially most of the NBA teams can only dream of reaching such an achievement. But for this exceptional team, we expected them to trudge through the season and overpower teams to grab the top spot. The Warriors are certainly in no danger to fall back to the third seed as they are 10 games up against the current spot holders, the Portland Trail Blazers. Their spot is pretty much secure in the final, more or less, 15 remaining games of the season.

Should We Be Concerned?

Right now, two of the Warriors’ stars are injured. Before Steph Curry turned 30, he suffered an ankle injury, which cost the Warriors 3 games without him. But, there’s more cause for concern here. Klay Thompson recently broke the thumb of his shooting hand, and is expected to miss at least a week with further evaluation. With both of the Splash Brothers out of the picture for now, can Kevin Durant carry the load of the Warriors until they return?

Of course, Durant can. Kevin Durant took point when called upon. He takes over games, much like he did for the OKC Thunder before he was traded. He proves that he can do it all by himself.

In some sense, the seeding may not matter as much for the Warriors, because they have the talent to win even if they fail to claim a top seed. They might have taken a backseat this regular season and put the cruise mode on until the playoffs begin. We’ll likely see the Warriors in tip-top form once the playoffs start in a couple of more weeks.