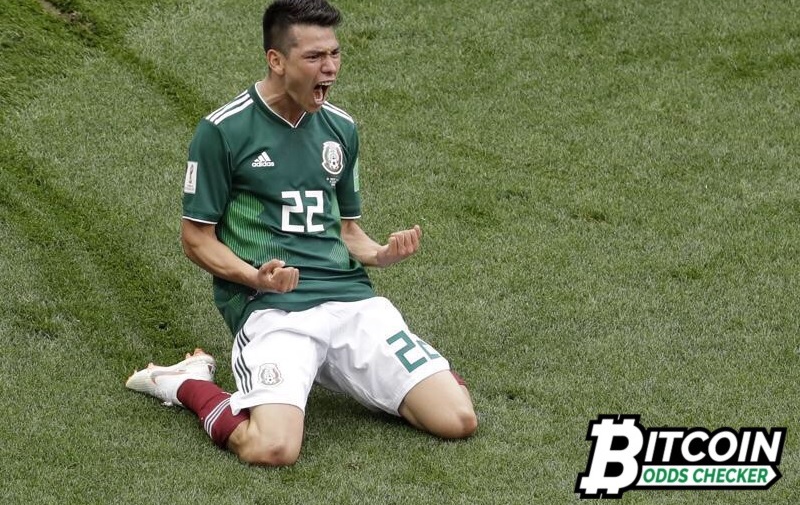 The 2018 FIFA World Cup is underway and is already producing memorable moments for us football fans to enjoy. Hosts Russia displayed dominance after dominating Saudi Arabia with a 5-0 scoreline and 2 of the best goals scored during stoppage time. Portugal was led by Cristiano Ronaldo after scoring a hat-trick against Spain to take 1 point apiece. Iceland closed the doors on Lionel Messi and forced a draw with Argentina. And the Swiss took off strong after a draw against 2018 favorites, Brazil. However, among the 11 matches played, the biggest surprise came in the form of Mexico upsetting 2014 champions Germany.

The Day Of The Dark Horse

Mexico, considered as one of the tournament’s dark horse teams, shocked the world after beating the powerhouse German team. Nobody predicted this happening. Anyone who said that the odds were 50/50 was most probably ignored. Nonetheless, Mexico coach Juan Carlos Osorio defied the odds and successfully pulled off probably the biggest upset in the group stage.

It was Herrera who drove the attack that led to Mexico’s sole goal with a pinpoint pass into the path of Javier Hernandez, who in turn fed the ball on for a sprinting Hirving Lozano to claim the first and only goal of the match. It was one of the many excellent chances created by the trio, who time and again capitalized on the space left by the German midfield.

The primary element found in Osorio’s strategy involved constant pressing. He carefully studied Germany’s style and concluded that his team needed to neutralize Toni Kroos. Meanwhile, Javier Chicharito Hernandez also pointed out that he had to disrupt the flow of the Germans by stopping Mats Hummels, who is known to be their best defender on the ball. The goal was to break their flow. Osorio also utilized the speed of his attacking players. They pressed and closed the spaces to make sure the defending champions were never at ease.

Other than skill, it was Mexico’s confidence and heart and confidence that lifted the team up. It was only a year ago that Germany beat Mexico 4-1 at the 2017 IFA Confederations Cup. They used the defeat as a stepping stone and bounced back quickly.

The Germans had more time on the ball, especially in the second half, Mexico’s tactics involved a deadly counterattack that caught the opponent’s guard down a few times. In fact, the South American team could have scored more if it weren’t for a few poorly weighted passes and several finishing flaws.

Ultimately, this is only the beginning for Mexico. After celebrating their first win of the tournament, the road ahead is still long with Sweden and the Korea Republic looming. Fans exhibit their enthusiasm for the win as this day marks a historical moment for Mexican football.