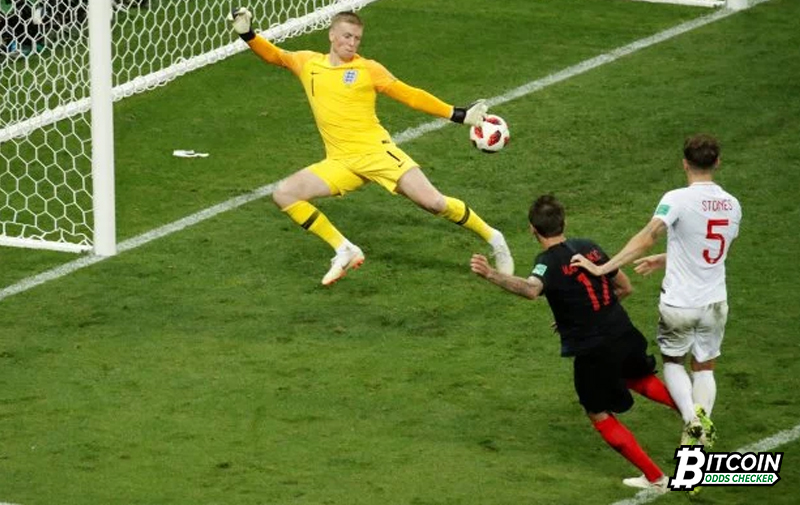 The Blazers showcased sublime performance to reach the World Cup final with a come-from-behind and secured a 2-1 victory after 120 minutes of action. Mario Mandzukic’s extra-time goal lifts up Croatia to their first final appearance. Chants filled the Luhzniki Stadium while celebrations reverberated across the Balkan nation. This is truly a proud moment for the nation.

Meanwhile, England had their hopes high as Kieran Trippier scored an early free kick. It was their 12th goal of the tournament, with this one being the 9th coming from a set-piece. The Three Lions looked on course for their first final appearance since 1966 as they dominated the first half of the match, while all the Croatians could do was put a lock on the relentless English offense. Moreover, England could have added more to this as they controlled the early moments of the game.

After patient defending, Croatia was finally given an opportunity to score through Ivan Perisic who executed an unorthodox karate kick with the outside of his left boot. All of this was orchestrated as Vrsaljko saw open space on the right flank and he whipped a cross into the box. Perisic did exceptionally well as he beat Walker at the cross.

England captain Harry Kane also has a good look at the goal that forced a double save from Danijel Subasic. The second shot hit the woodwork but no English player was around for the rebound. Another chance was wasted by an unmarked Jesse Lingard when he fired a shot wide, which looked certain from a distance.

Croatia began to take off with Perisic leading the attack. He blasted the ball against the far post as England’s defence started to cave in. The tables turned from then on, with Croatia suddenly showing more purpose and determination. Momentum was taken away from England, but it was Croatia who struck the killer blow.

Mario Madzukic, now a Croatian hero, hit a well-taken low shot that beat Jordan Pickford in the 109th minute. This came off a header won by Perisic just outside the box, dropping the ball for Mandzukic.

Since their dream run to the FIFA World Cup semifinals in 1998, their first World Cup as an independent nation, Croatia have failed to join the knockout stage. This group, however, proved many otherwise and are now presented with a chance to win the World Cup final.