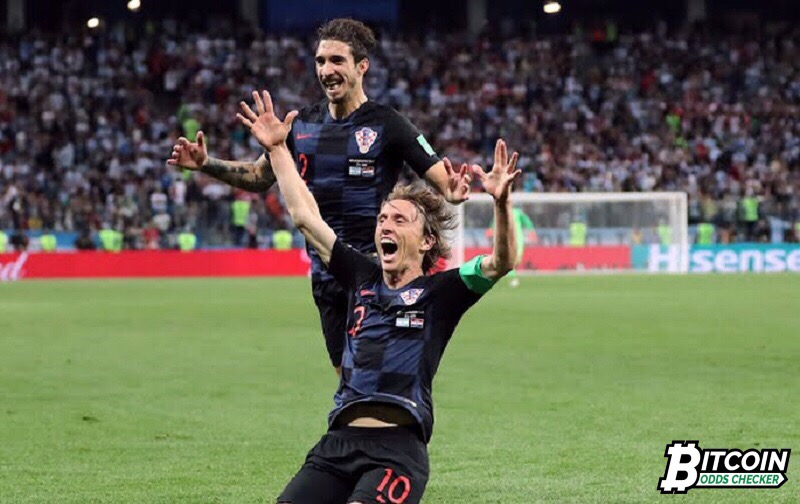 Lionel Messi’s World Cup dreams are beginning to fade away after Croatia claims a spot in the Round of 16 with a 3-0 victory against Argentina. Croatia is the fourth team to stamp their place in the Round of 16 along with Uruguay, hosts Russia, and 1998 FIFA World Cup winners France.

All goals came in the second half from Ante Rebic, Luka Modric, and Ivan Rakitic sealed a well-deserved victory as a disappointing Argentina squad are now on the verge of a disheartening first round exit.

This defeat means Argentina is left with one point from two games after Iceland forced the stalemate, meaning they will have to beat Nigeria by a sizable margin to get the goal difference advantage and hope that other results go their way to fend off elimination.

Croatia drew first blood following a bizarre blunder by Argentine goalkeeper Willy Caballero in the 53rd minute. The first choice goalkeeper for Jorge Sampaoli miscalculated a clearance which headed straight to Rebic and took it the first time to give Croatia the lead.

Fans were stunned from disbelief after Luka Modric scores the second goal for his home country. He fired a 25-yard strike that beat a fully-stretch Caballero. Following the 80th minute goal was the dagger to the heart inflicted by Messi’s Barcelona teammate Rakitic after Croatia stretched Argentina’s defense in injury time.

Even though Argentina has one of the best players in their arsenal, this did not stop the Croatians from banging on their doors. The star forward remained unnoticed most of the time, only showing some spark on a few occasions.

This defeat is reminiscent of Argentina’s 2002 FIFA World Cup campaign when they departed the tournament early after being strong contenders for the title that year.

Simultaneously, this match tells another story which entails the dark horse team Croatia. All eyes are on them as they line up to face one of the top two teams from Group C.

Looking to bet on Round 2 matches? Find the latest Bitcoin soccer odds here.