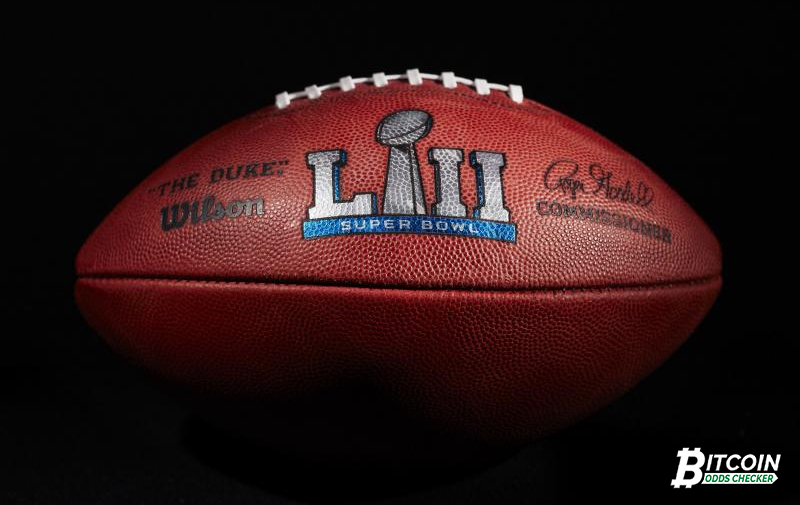 For some people, the betting action starts very early for the Super Bowl LII. In fact, one bettor pushed the limits of Super Bowl betting by placing a $1 million bet on the underdog Philadelphia Eagles beating the New England Patriots.

Let that sink in for a second. We all know how the Patriots are the Patriots. The legendary team led by Tom Brady. The squad notched 5 Super Bowl titles and are on route for their sixth if they beat the Eagles. Among that, New England is perceived as one of NFL’s greatest teams to ever set foot on the gridiron. Moreover, they have led the league as the consensus favorite to win the championship in preseason odds for the past couple of years. If you follow Bitcoin basketball odds and you decide to place a bet on the Patriots to win Sunday’s game, think of it like betting on NBA’s Golden State Warriors to win a match. Obviously, the Patriots are the favorites to carry the Vince Lombardi trophy on Sunday with -180 odds.

Speaking of which, this million dollar bet shifted the odds not just in the world of traditional sportsbooks but also Bitcoin American football odds. A couple days ago from the previous odds, the Patriots were listed at -185 and now they are at -180 odds. In hindsight, the Eagles odds dropped too, from a previous +165, it is now +160 odds. These odds are based on Vegas sportsbooks. We’ll get into the new odds from NitrogenSports later.

How much of an underdog are the Eagles in this matchup? Firstly, this coming Super Bowl LII has the team to have the largest underdog odds since the Arizona Cardinals were 7-point underdogs against the Pittsburgh Steelers in Super Bowl XLVII.

To help refresh your memory on how the Eagles’ chance looked before the season began, they were listed with +4,000 odds to win the Super Bowl. The team started the season pretty well with a 10-2 win-loss record but lost quarterback Nick Foles to a knee injury. Philadelphia continued their rally to the playoffs after beating Atlanta Falcons and Minnesota Vikings allowing them to advance to the championship game. To emphasize, they were underdogs in each of those playoff matches. The Eagles embraced this persona as well, after wearing dog masks to commemorate and embrace being underdogs as the Eagles fans took on the festivities too.

Betting early has its perks too apparently. Rather than waiting for the game day to place bets, the previous odds could have saved and made you money instead. Let’s take a look at how the odds look now a couple of days before Super Bowl LII: