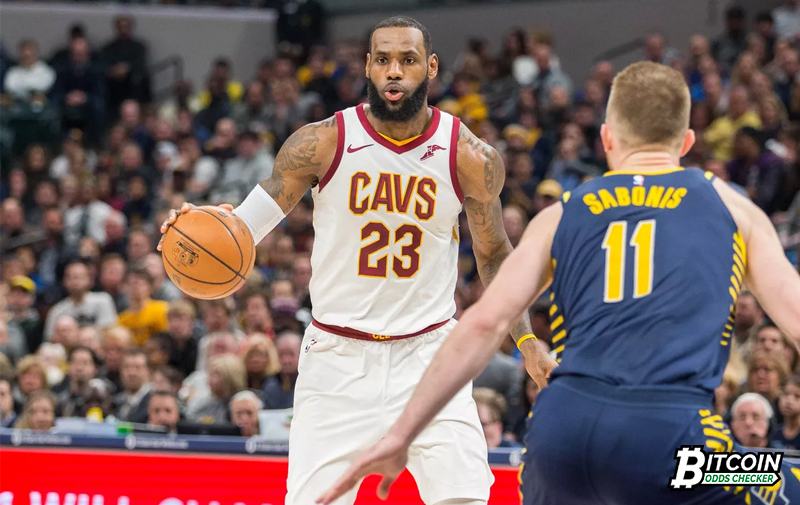 The 2018 NBA Playoffs showcased a prominent first round. We look back at the upsets and the predicted victories. Were you able to take advantage of the Bitcoin basketball odds this time?

Opening this year’s NBA playoffs are the Warriors and the Spurs. With Leonard remaining off the court, it was no surprise that Golden State claimed the first win of the best-of-7 format. Klay Thompson led the charge with 27 points, while McGee totaled 15 points–his season-high. Overall, the Warriors performed well with a field goal percentage of over 50%. Even without Stephen Curry, the Warriors prove to be a tough team to go against and still remain a contender to win this year’s NBA Championship title. The game ended with a 113-92 scoreline in favor of the Warriors.

Even though the Wizards clung onto 8th spot to qualify for the playoffs, this matchup has the makings of a great series. Lowry and DeRozan had a seemingly quiet first half, but it was the Raptors’ bench points that gave them the edge over the John Wall-led team. Additionally, the Raptors hit 16 three-pointers, shooting over 50% from downtown. The game ended at 114-106 in favor of the home team, the Toronto Raptors.

Up next was the Heat and the 76ers. This is the 76ers’ first playoff match after a 5-season absence. The match was tight until the second half, where the 76ers started pulling away from the away team after a huge surge. However, what surprised many was the stellar performance of the home team even without Joel Embiid on the floor. Nevertheless, the star center looks to return for game 2 or 3 of the series. Game 1 of the first round goes to the 76ers with a score of 130-103.

Another great series looming this season is the Trail Blazers playing against the Pelicans. Anthony Davis was on fire, with 35 points and 14 rebounds while teammate Rajon Rondo registered 17 assists. At the other end was a well-balanced Trail Blazers team. Lillard and McCollum had 18 and 19 points respectively but wasn’t enough to close down the gap. The Pelicans concluded game 1 one the first round with the only win on the road with a tight score of just 97-95.

The injury-plagued Boston Celtics was a rather low key playoff matchup. With a combined 35 turnovers, it wasn’t exactly the game everyone wanted to see. Looking back to the match, the Celtics were holding on for life with only a 3-point with only 0.5 seconds remaining on the clock almost gave them a guarantee win. But, the Milwaukee Bucks kept their composure until the very end of the quarter, allowing Khris Middleton to hit a crazy shot from way beyond the arc for the tie. This could’ve been a fairytale game 1 for the Bucks, but Boston was keen to open their playoff season with a win and eventually grabbing it with a 113-107 final score.

The Pacers stun the Cavs with a win by pulling off the impossible. Since 2012, LeBron James has not lost a single game in the first round. The Pacers broke that streak after beating the Cavs 98-80. In fact, James’ triple-double wasn’t enough to outpace the Pacers. Victor Oladipo was well in the way of the Cavs, scoring 32 points along with 6 rebounds, 4 assists, and 4 steals.

Scoring 36 points on Saturday for the Thunder was Paul George. With him was Russell Westbrook who scored 29 points, and Carmelo Anthony with 15 points. On the other hand, the Jazz was spearheaded by rookie Donovan Mitchell, who finished his first playoff game 27 points. It wasn’t enough to close the gap, then again, it does show that Utah can compete against the 4th seed and one of the best scorers in the NBA without any problems. The game closed with a 116-108 score with OKC taking game 1.

One of this season’s hottest candidates to win the MVP award, James Harden, scored 44 points against the Timberwolves. Despite this, the Rockets were only able to win their first game by a relatively narrow gap. Minnesota displayed resilience as underdogs, and winning against the number one seed in the West is not out of the picture. The game kept fans on the edge of their seats until the very last second. With a wide road ahead of the Timberwolves, they can easily snatch this opportunity from the Rockets if they play their cards right.