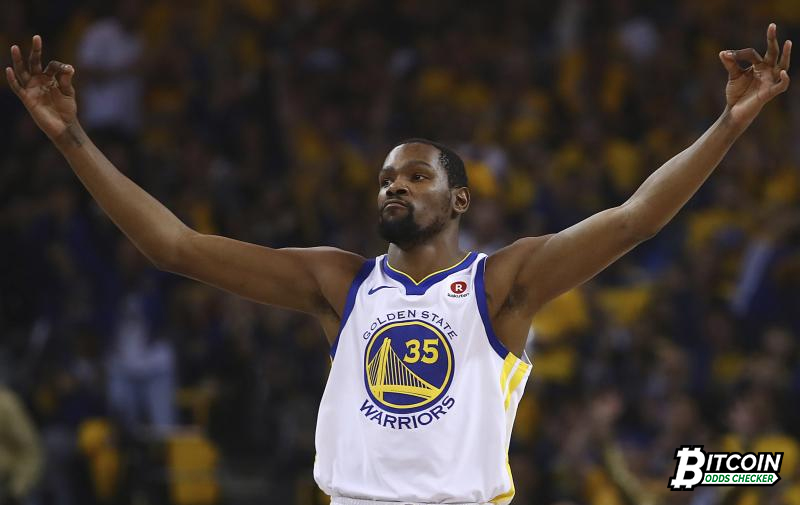 Some of the 2018 Playoffs Round 1 matchups come to an end. Now, we look at tighter Bitcoin basketball odds as the remaining teams fight for a conference semifinals spot. We look back at the results and significant moments of Game 4 and Game 5.

The Houston Rockets scores 50 points in one quarter–almost breaking an NBA Playoff record. With 22 of the 50 points scored by Rockets star player James Harden, they were able to cruise past the Timberwolves and taking a 3-1 lead. Meanwhile, Chris Paul added 25 points to the scoreboard to close the game at 119-100. The Rockets can close the first-round of the series in front of their home crowd in Game 5.

The Thunder took a 26-19 lead in the late first quarter after Carmelo Anthony hit a string of three-pointers, but wasn’t enough to pull away from the Jazz. After a bold statement by Westbrook with regard to him shutting down Ricky Rubio in Game 4 backfired after facing early foul trouble. However, it wasn’t Rubio who carried the Jazz this time, but Donovan Mitchell who scored 33 points, leading Utah past the Thunder to win 113-96. Joe Ingles scored 20, Gobert added 16 points and 10 rebounds, while Rubio put in 13 points, 8 assists, and 6 rebounds. This puts the series 3 to 1 in favor of the Utah Jazz.

The Bucks and Celtics were both unable to put the hammer down as they showcased a rather unpleasant game in terms of offense. In the end, the Celtics wound up taking Game 5 to take a 3-2 lead in the series. Boston started the game with a successful first quarter in front of their home crowd. Simultaneously, the Bucks didn’t fare much better after a poor shooting performance. Giannis Antetokounmpo didn’t come through this time. For Boston, though, it was Al Horford who led the Celtics in scoring, closing the game at 22 points. The game ended 92-87.

The Philadelphia 76er triumphed over the Miami Heat in Game 5 to advance to the next round of the 2018 NBA Playoffs. The Sixers opened up another big second half to edge the Heat’s defense after a 30-11 run to take control. After this, the lead never dropped below eight points until the fourth quarter buzzer. Miami did not go quietly. Though. It’s the first and only time in the series that the Heat outscored the 76ers. Then again, this wasn’t enough to oust J. J. Redick, Joel Embiid, and Ben Simmons. The game finished 104-91 with the 76ers moving ahead to Round 2 of the playoffs.

The Warriors head to the Western Conference Semifinals after taking down the Spurs in Game 55. San Antonio almost forced an overtime, or maybe even a win, in the final minute. But Golden State managed to hold the lead all the way to the end. It was Kevin Durant who led the attack with 25 points, while Klay Thompson scored 24. Golden State seals Game 5 with a 99-91 victory.