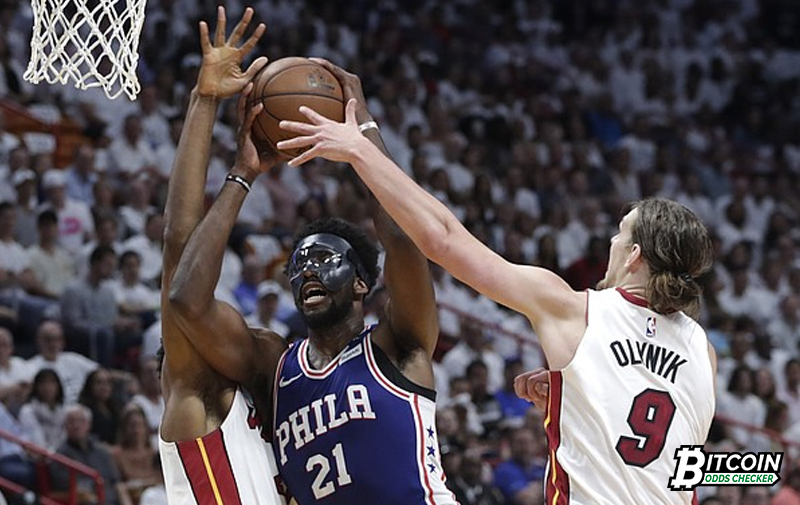 This round-up of the 2018 NBA Playoffs Round 1 goes over the Game 2 and Game 3. See how Bitcoin basketball odds shift after these match results.

The Pacers are now back home to prepare for Game three with the Cavaliers. After Cleveland’s LeBron dominated Game two of the series, the Pacers are looking to toughen up their defense even more for the upcoming game. But despite LeBron’s 42-point performance, the Pacers managed to close the deficit. In fact, they only lost by three points with a final scoreline of 100-97. It was a hard fought game for the Pacers, and they now look to show their next move in front of their home crowd.

The Utah Jazz pulled off a stunner after snatching a win from the Thunder. The game’s turning point happened entirely in the final quarter after a wonderful performance by the 21-year old rookie, Donovan Mitchell. The guard scored 13 points in the fourth quarter without showing signs of slowing down. The series now heads back to Salt Lake City for the next two games, and with one win apiece, they are in a position to accomplish an upset in the first round. The game ended 95-102.

This time, it was Chris Paul under the spotlight and not James Harden. The Rockets star player only managed to hit one of 10 from beyond the arc and two of 80 from the field. However, the Rockets only proved that they don’t need James’ extravagance to win. More than that, the Rockets were able to prove their worth defense-wise. Even though they are known for their attacking aspect, they were able to hold out the Timberwolves and gave them their lowest point total of the entire season. The Rockets devoured the Timberwolves to gain a 2-0 series lead, with a final score of 102-82.

The Sixers take the series lead after Game 3 by a score of 128-108. Miami went all out, but couldn’t handle the relentless momentum of the away team. Now with Embiid on the floor, the Sixers are back on track. He ended the night with 23 points, 7 rebounds, and 4 assists, which might sound a bit quiet for some. At the shorter end of the stick, the Heat tried to fight their way to the lead but wasn’t enough to hold back the Sixers from pulling away in the fourth quarter.

The Trail Blazers find themselves in a ditch after collapsing in Game 3. From start to finish, the Pelicans took control–not to mention the fact that they were playing an away match. The Blazers were outplayed and it was more than difficult for the home fans to watch the wrath of the Pelicans. Damian Lillard scored 20 points, McCollum with 22 points, and Al-Farouq Aminu recorded 21 points. Their performance proved to be lacking as the Pelicans’ Mirotic and Davis alone were able to record a combined score of 58 points. Can the Pelicans continue this and end Round 1 with a sweep?

Hoping that their return home would lift the team’s spirits up, the Spurs failed to take down the mighty Warriors. The Spurs were ice-cold from the three-point line, hitting just 7 out of 33 attempts in total and shooting just shy above 40 percent overall. With heavy hearts after Gregg Popovich’s absence due to his wife passing, the Spurs now trail three games behind last year’s champions and have to complete win the next four games if they want to remain an NBA Finals contender.