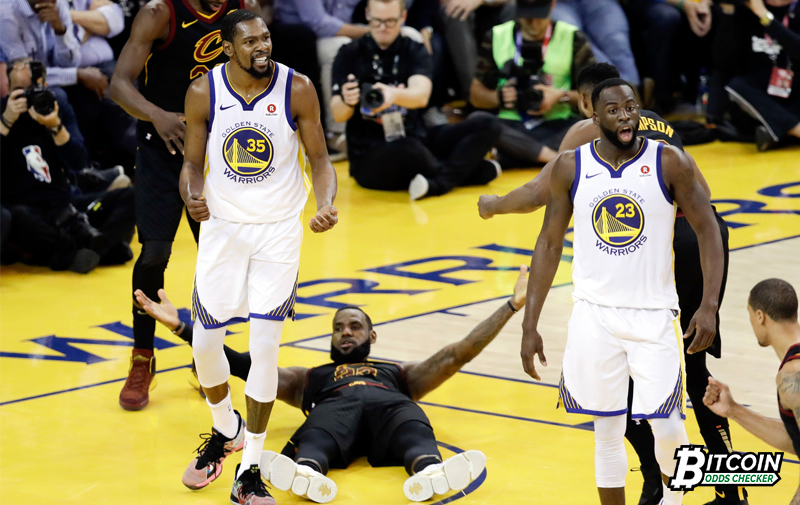 The 2018 NBA Finals tipped off on between the Warriors and the Cavaliers–two teams that have been dominating the NBA Finals for quite some time now. After the last few possessions, which includes an offensive foul charge on Kevin Durant reversed, and a confused J.R. Smith, the game went to overtime, and the Warriors taking Game 1 with a 124-114 victory.

The first half of the game saw both teams shooting over 50 percent from the field. It was a series of attacks coming in from both sites. The game reached a deadlock after Steph Curry hit a long 3-pointer right before the first half ended.

The early minutes of the third quarter looked like the Warriors were about to pull away. However, this did not end up as many would’ve expected. The Cavaliers resisted the third-quarter takeover and kept the scoreline tight with LeBron James doing most of the heavy lifting.

It was all right down to the wire as the two teams traded blows. The Warriors entered the fourth quarter with a 6-point lead but eventually narrowed down. In the end, the game went to overtime as the Cavaliers faced a few misfortunes, one being George Hill’s missed free throw that could’ve put them ahead.

JaVale McGee’s missed wide-open dunk was eventually overshadowed by a bizarre mistake by J.R. Smith. He claimed the rebound after Hill’s missed free throw and dribbled out the clock despite the fact that it was a tie ball game. This was when it all went downhill for the Cavaliers end eventually gave away a Golden opportunity to take Game 1 and boost the team’s confidence before playing in front of the Oracle arena once again.

LeBron James’ 51-point effort went down the drain while Steph Curry led the Warriors with 29 points. The first game of the 2018 NBA Finals showed another big night for The King, but can he continue taking blows for the Cavaliers in the remainder of the series?