Here at Bitcoinoddschecker, we want you to have an all-encompassing 2018 FIFA World Cup Russia experience. A total of 32 nations, including 20 teams making back-to-back appearances and two first-time participants are all set to kick-off this year’s biggest sporting event. Hosts Russia will commence the 2018 World Cup against Saudi Arabia in Moscow, while defending Champions Germany will begin their campaign against Mexico.

All 64 matches will be played across 12 venues in 11 cities. The 2018 FIFA World Cup final match will take place on July 15 at the Luzhniki Stadium in Russia’s capital, Moscow.

This world-renowned event only comes around every 4 years, and it also opens up plenty of betting opportunities to fans of the beautiful game, betting enthusiasts, and everyone in between. Of course, we are here to help you enhance your betting experiences at the same time. Know more about the 2018 FIFA World Cup participants, players, stadiums, betting, and other valuable information surrounding the World Cup.

To narrow down the 2018 FIFA World Cup teams list, a qualification process had to be held. This series of tournaments was organized by the six FIFA confederations to decide 31 of the teams 32 teams–Russia automatically qualifies as hosts–which will play in the tournament.

All 210 remaining FIFA member associations were entitled to enter the qualifying process. One of the notable moments during the qualifiers was that all eligible national teams registered for the preliminary qualification, while, nations including South Sudan, Gibraltar, Bhutan, and Kosovo made their way to the qualifiers for the first time.

After holding the qualifiers to round up the 32 2018 FIFA World Cup teams, there were a few upsets and plenty of surprises. One of the many disappointments was four-time World Cup champions Italy failing to qualify along with three-time runner-up Netherlands. Other absences involve continental champions Cameroon, Chile, New Zealand, and the United States.

Meanwhile, filling in the void are first-time qualifiers Panama and Iceland, with the latter becoming the smallest country to reach the World Cup. Other teams returning after a lengthy nonappearance include Egypt, Morocco, Peru, and Senegal.

Looking to bet on the World Cup matches?  Click below and let our betting guide help you make winning predictions! 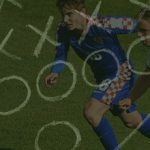